How to use Video Sales Letters (VSL) in your Sales Process 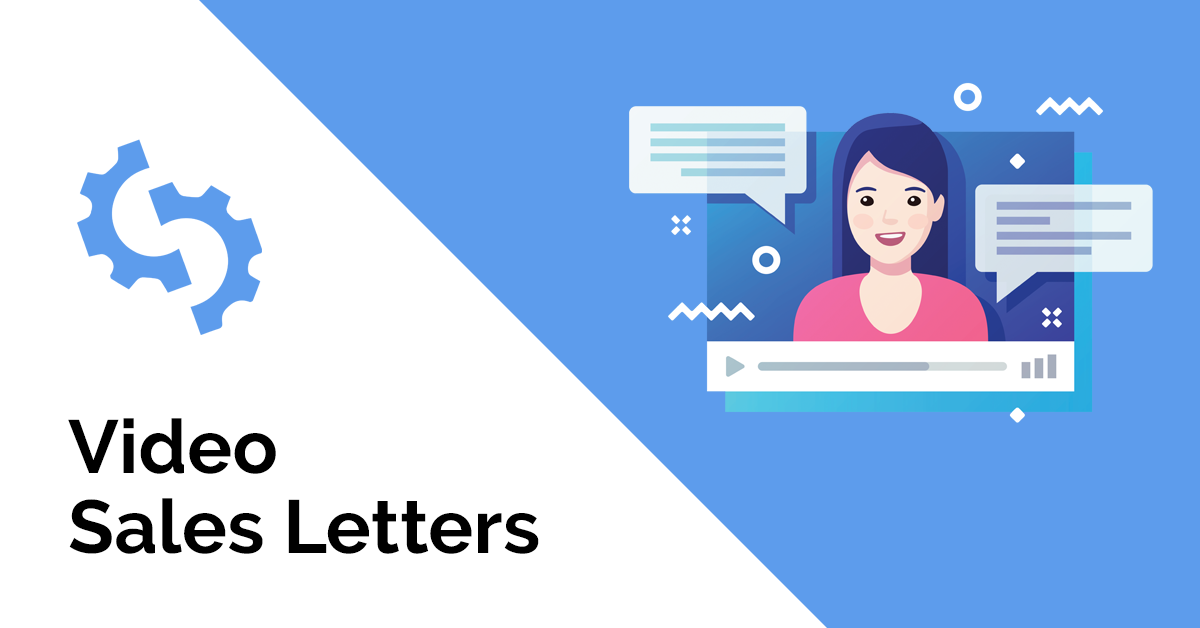 What is a Video Sales Letter (VSL)?

A Video Sales Letter (VSL) is a modern version of a traditional sales letter. In the era of video, smartphones and short attention spans, the average person is less inclined to read, especially if the content is trying to sell them something. Here at SEOptimer, most of our customers are digital agencies and we’re seeing video sales letters increasingly used by agencies as an effective lead generation strategy. Seeing this trend inspired us to dig deeper into VSLs and find out why they are gaining popularity.

The case for Video Sales Letters

Research from Email Monday revealed that over a third of people spend as little as three seconds or less scanning an email to determine if it needs further attention. While that sounds alarming, it probably comes as no surprise if you think about your own usage on the web and email. Users scan, they don’t read. 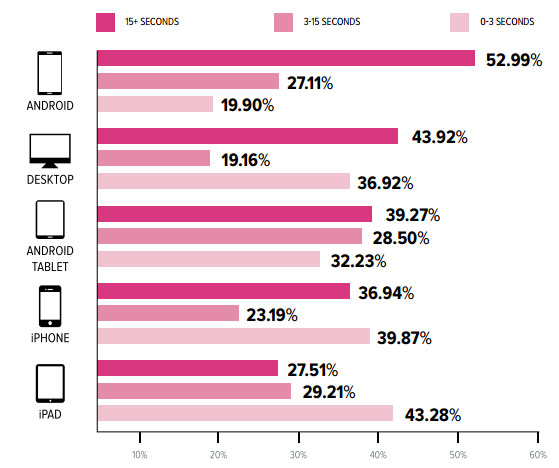 These days, video is generally the highest performing media type (compared to plain text or static images). Social media channels like Facebook and Instagram up-weight video content in their News Feeds because video is inherently engaging. We’re more likely to stop and watch a video, than we are to stop and read text.

There are several different video styles you can use for your VSL – there’s no right or wrong way to do it. Instead what you should aim to do is test different VSL styles to determine what works best for your product/service:

This is usually a “static” video, shot on a tripod in a single continuous take with the subject speaking directly to the audience “down the barrel”. This approach relies 100% on their delivery style, what they say and how emotive and convincing they are. It works particularly well if the subject can speak about the product/service with conviction. Usually this would be the company founder, CEO or other senior leader in the business. This is a popular approach because the old saying still rings true today: “people buy from people”.

This approach relies on multiple filmed sequences edited together to achieve a cohesive sales pitch. While you might have a “talking head” throughout or voice over underpinning the video, you would also cut together different scenes perhaps showcasing the product/service and visually delivering product proof points or the unique selling proposition (USP). In this approach, the talking head is backed up by supporting visuals which validate what they’re saying.

The animation approach relies entirely on computer-generated imagery, the most popular being illustrated motion graphics or 3D animation edited to a voice over. This is a popular approach for products/services which are technical (like software) or difficult to convey with live-action.

Why use a Video Salesletter

As you acquire or prospect new users, you need to use multiple tactics to move them down the funnel and a VSL is a powerful way to achieve this. Of course, its not the only way and it should be used it conjunction with several other digital marketing strategies to determine which method is the highest performing for your business or clients’ business.

For many businesses, the thought of creating a video may seem like a big/expensive task, but it doesn’t have to be. It all starts with the script. 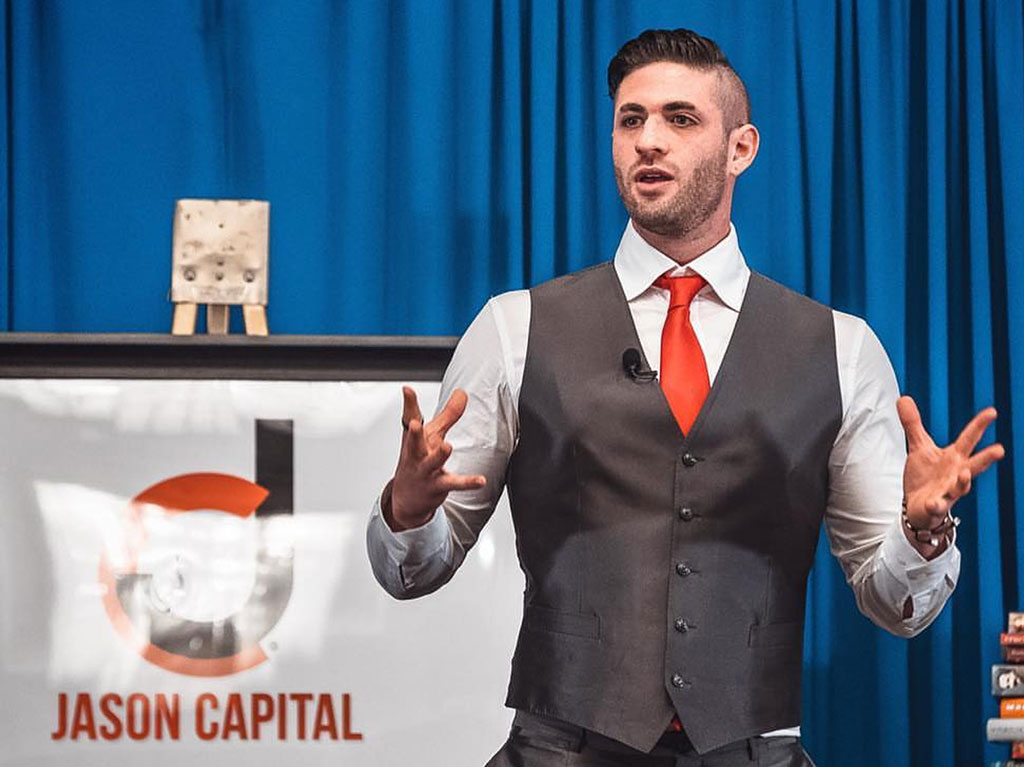 Author and business adviser, Jason Capital says Video Salesletters are fundamentally about copywriting. He says “video may be a different medium than text, but the same principles that you would use in effective copywriting will result in a great video sales letter”. Jason has three tips for creating high performing VSLs:

Probably one of the most successful VSL’s was Dollar Shave Club. Upon launch in 2012, they converted 12,000 new customers in the first 48 hours! Check out Moosend’s case study on Dollar Shave Club’s video and landing page. 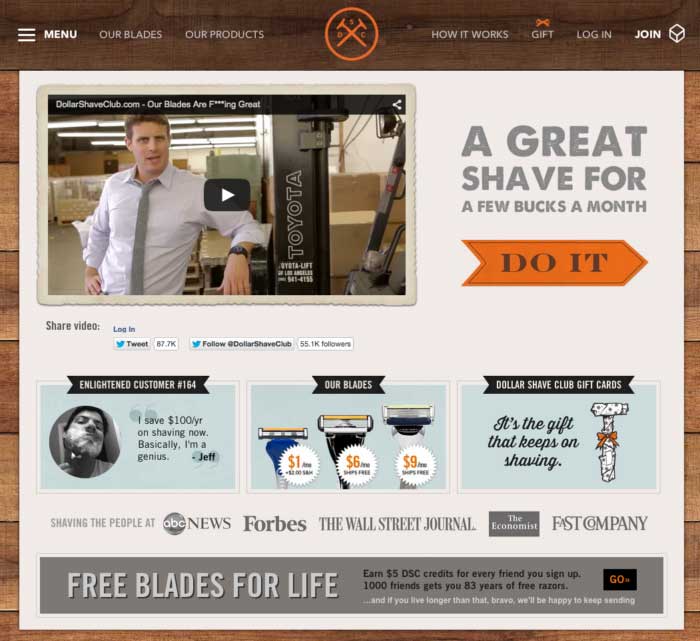 After you’ve decided on the style of the video salesletter (ie: talking head vs live-action sequence vs animation) consider the following six structural guidelines for success:

1. Hit the viewer with a relatable problem

Explain the solution, why it works and how it will solve the problem. Focus less on features and more on the end-user benefits. People are conceptually more inclined to buy a solution or benefit than buy a feature.

Build trust and credibility by showing social proof, speak about other users/customers and how happy they are with your solution. Testimonials or quotes are a great way to show this.

In any sales process, there are typically sales objections or blockers which can arise. If you know of common sales objections its best to tackle them head-on in the VSL and not leave the viewer with any doubts by the end of the video.

While this is not always possible, if you can find a way to introduce scarcity, this will encourage action. Typical scarcity tactics are a limited time offer which expires on a certain date or a claim limit (eg: only available to the first 50 customers).

End your video with a clear single-minded call to action. Resist the urge to ask for several things or share more than one link. The best CTAs are simple (eg: click the link to the website).

How to create a Video Salesletter

To create your script simply open Word or Google Docs and create a 2 column layout. In the first column will be what we see on screen and in the second column will be the dialog (what the subject or voice over artist says). If you’re creating a “talking head” video you won’t need to write much in the first column! But if you’re creating a VSL utilizing one of the other styles, you’ll need both columns equally. Make sure each new paragraph or scene is in a separate row. See the example below of the video script we used to create the SEOptimer video: 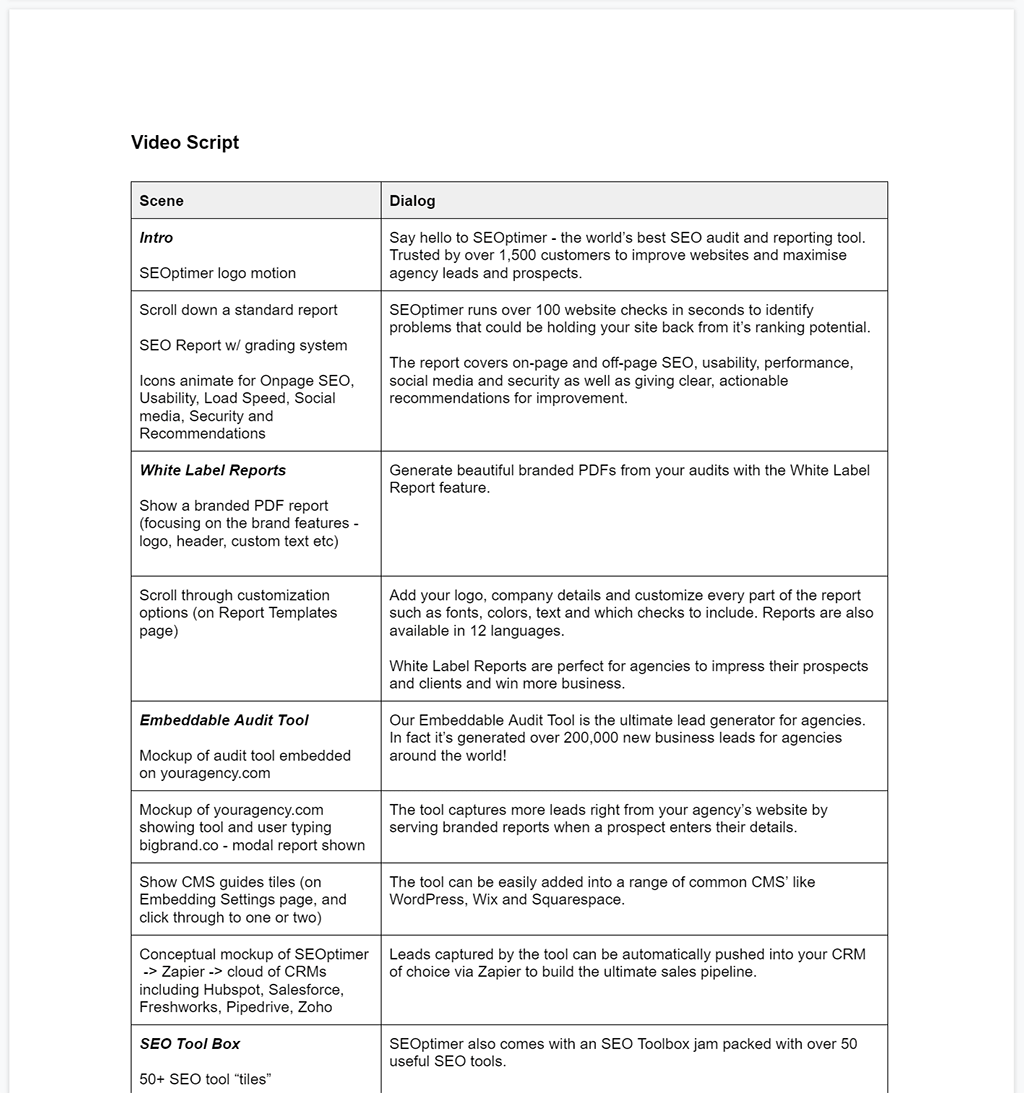 When you create your video, be mindful of how you intend to use the video as that may affect the aspect ratio, duration or the way you export the video. For example, if the video is destined for a landing page on your website or YouTube you’ll be exporting to a standard 16:9 widescreen format. But if the video is destined for social media like Facebook, it may be better to export to square (1:1 aspect ratio). Or for Stories or IGTV you’ll need portrait (9:16). On channels like Twitter, either 16:9 or 1:1 will work but be mindful of the 140 second time limit. Clearly, on social media, flexibility is key!

Also, videos autoplay in mute on social media news feeds, so you’ll need to “burn in” the subtitles so they are part of the video. Don’t rely on SRT subtitle files as they don’t load on all devices. Use any video editing tool to burn your subtitles on to the video or use an online video tool like Kapwing’s subtitle tool: 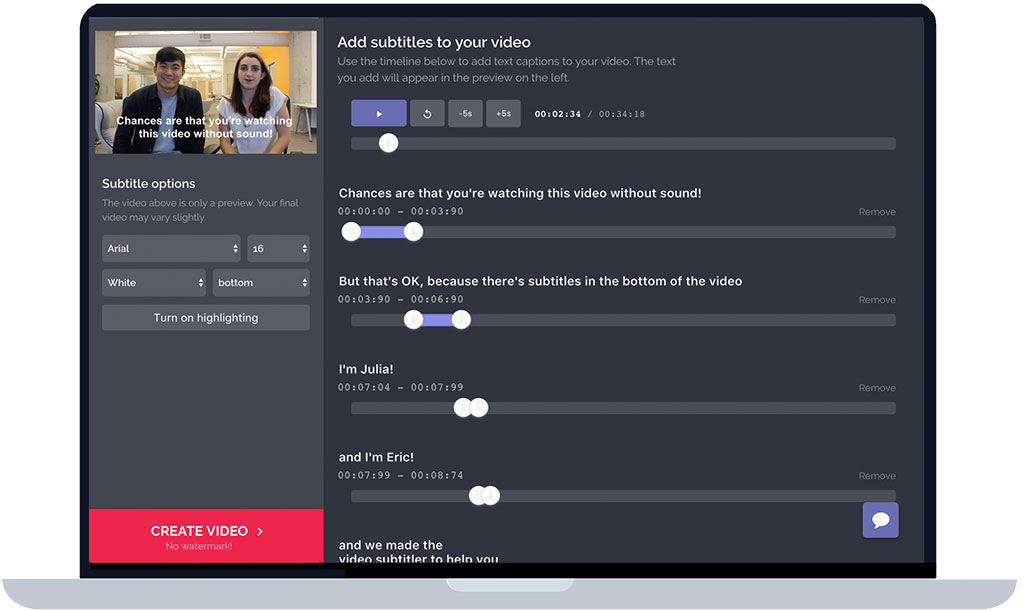 The common approach is to embed your VSL into a landing page with a compelling headline and call to action underneath the video. Tools like ClickFunnels provide simple templates to implement effective VSL pages. 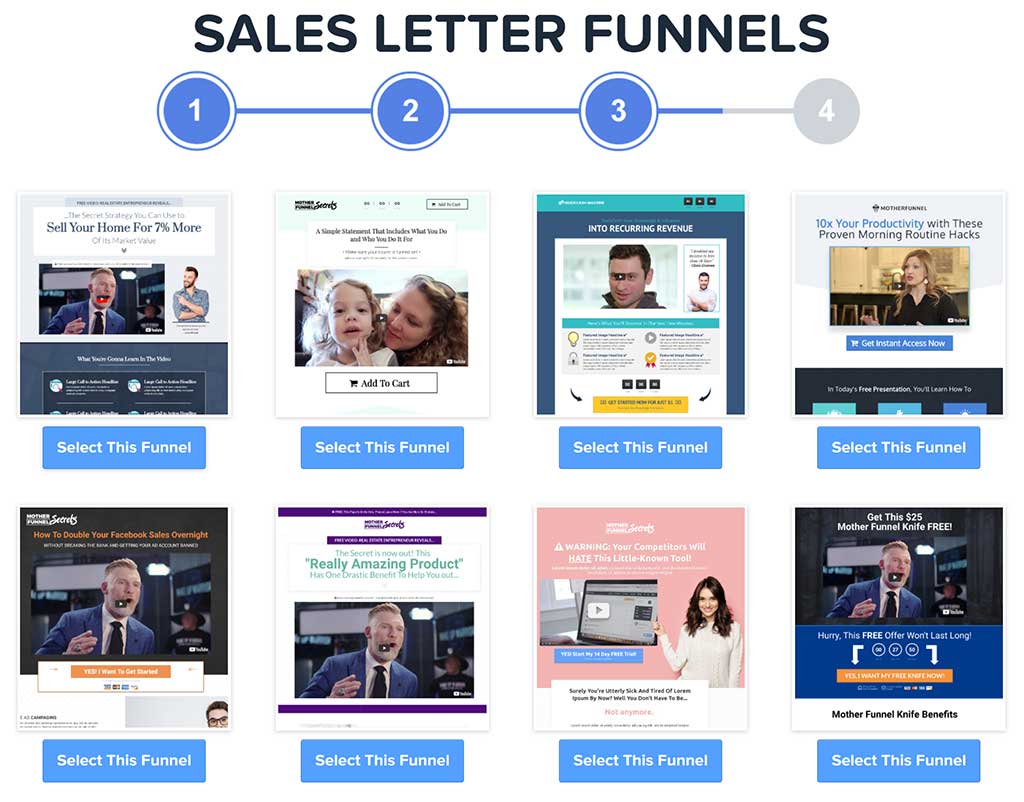 Once your landing page is live, you’ll need to promote it to warm prospects. For a lot of businesses, email is an effective way to reach this type of audience. Perhaps they are newsletter subscribers, leads or churned customers. Whatever the case, email enables you to add personalization to the subject line and email body. This is a big advantage when trying to disrupt the 3-second email scan as we saw at the top of this article. By capturing the recipient’s attention, you can appeal to them with specific detail and lead them to click through to the landing page.

One effective way that digital agencies use email personalization with VSLs is to attach automated SEO audits to warm prospect emails. This task can be automated with SEOptimer’s webhooks which enable you to connect SEOptimer to third-party tools such as CRMs and Email Marketing software.

With everything you do in digital maketing, you should be measuring effectiveness so you can optimize future activity. In particular you’ll want to track the “drop-off” in views on the video. The somewhat extreme example below highlights the effectiveness of the video on the left capturing the viewer’s attention vs the video on the right which shows a big drop in viewers after the first few seconds:

Another option if you don’t want to create the VSL yourself is to outsource it to an agency or freelancer.

Wyzowl are a video content agency with a proven track record specializing in creating videos. You can create a project on their website with a short brief and they respond with pricing and turnaround times. They also have a transparent production process, unlimited revisions and fixed pricing: 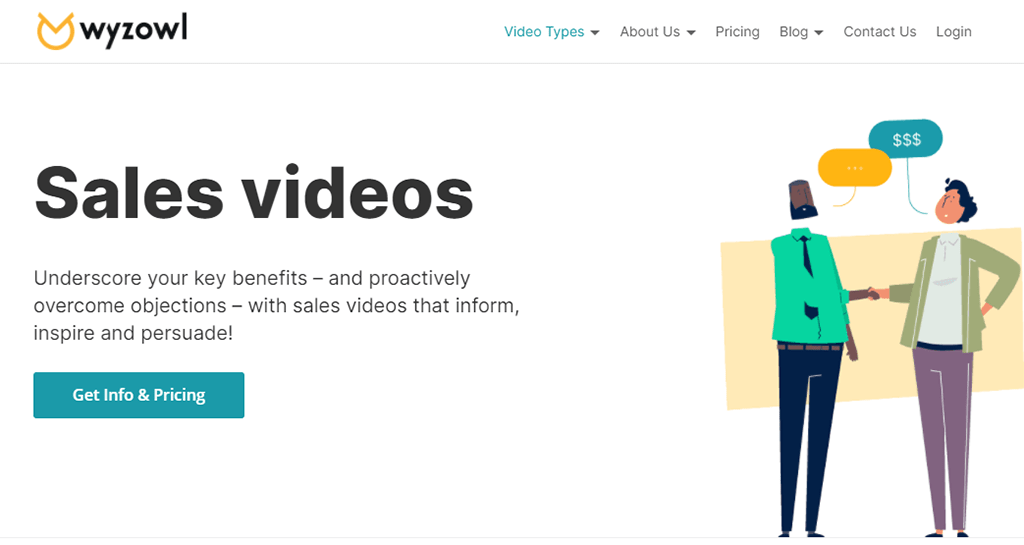 Another option is to search for a freelancer on a talent marketplace like Upwork. When searching for VSL freelancers, the site lists hundreds of specialists with varying levels of experience to suit the needs of your project: 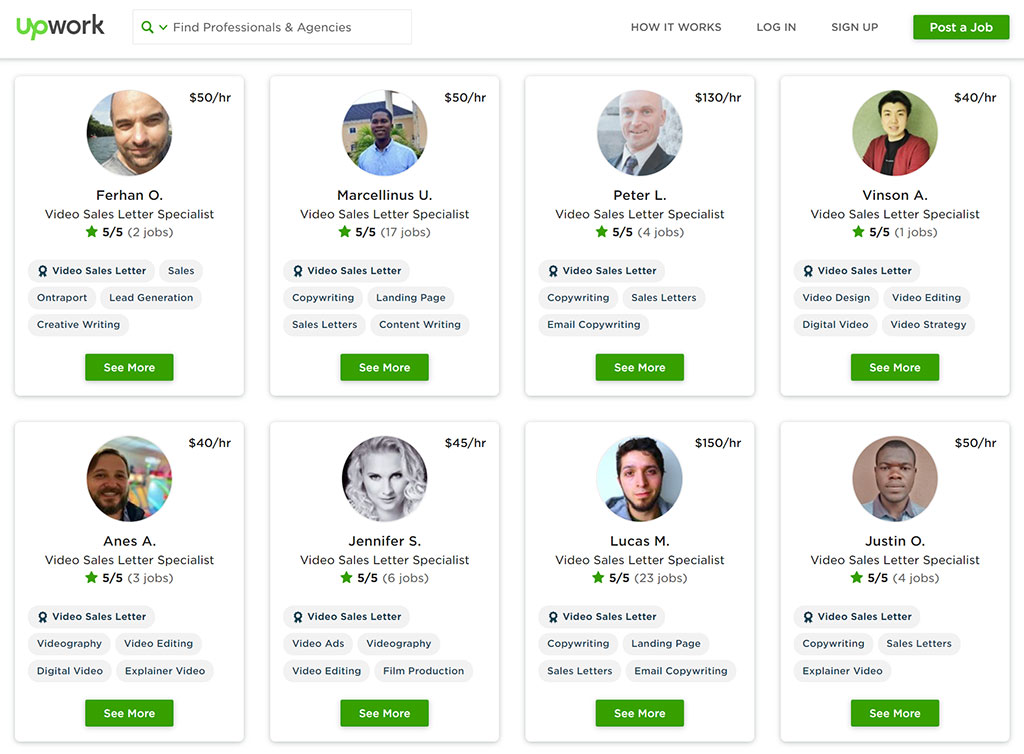 There are several software tools designed to help you create Video Sales Letters. Some focus on different parts of the workflow (eg: recording, editing, publishing) while others do it all. I suggest trying a variety of tools to find the one that suits your needs best! 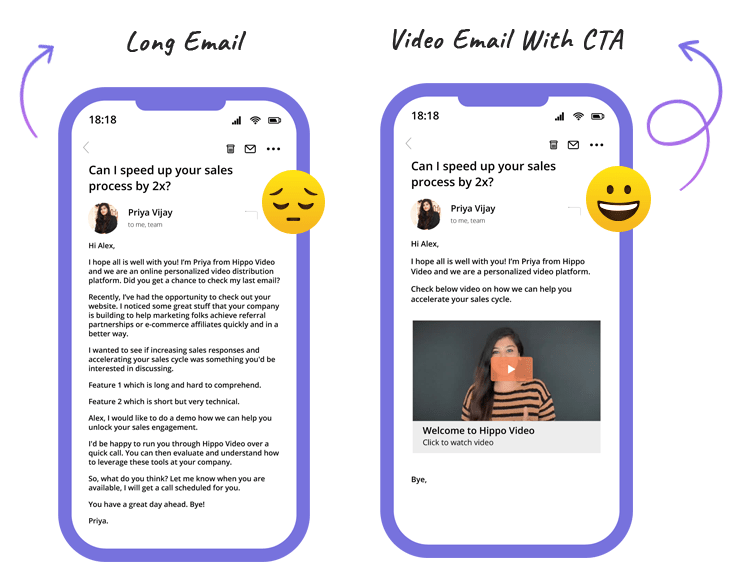 Biteable is an online video maker with hundreds of templates and a stock video library to help create a video in a flash:

Clipcamp is another online video maker with templates and a stock footage library. They also have video editing tools for compressing, trimming, rotating and converting video files:

As you saw above, writing a VSL script is as simple as opening Word or Google Docs, adding a 2-column table and start writing. By following our steps above you’ll be up and running with a VSL script in no time. Make sure you let us know how you go, we’d love to hear from you! Tweet us @seoptimer. 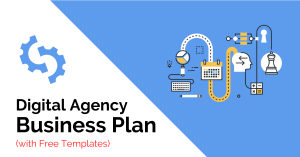 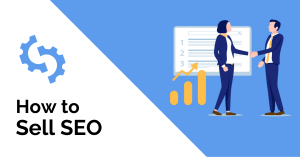 How to Sell SEO: An Implementation Guide for Agencies 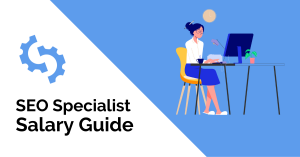 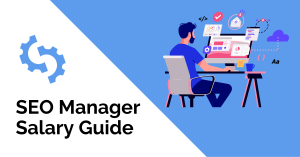 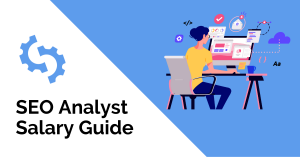 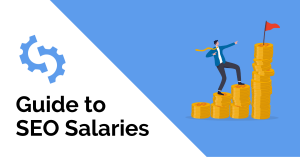 The Ultimate Guide to SEO Salaries

Tim's background is in digital marketing working for both large and small digital agencies and diverse client types. He has a passion for tech, software and staying up to date on the latest search engine news.